A curious U.S. ambassador and the American family who patented poinsettia varieties are behind the holiday ubiquity of a plant that originated in Mexico.

Why it matters: The poinsettia, which blooms for only a couple of weeks in November and December, is one of the best-selling flowers worldwide. It’s especially popular in the U.S, where the market was worth an estimated $153 million in 2020. 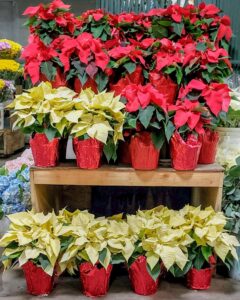 The backstory: Aztecs in the 14th century called the plant cuetlaxóchitl, which roughly means “leathered flower” in Náhuatl. 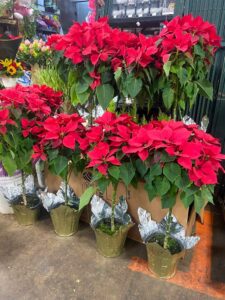 It wasn’t until the first Spanish settlers arrived in Mexico in the 16th century that the plant was specifically linked to the Christmas season.

In 1825, four years after Mexico became an independent nation, diplomat Joel Robert Poinsett — who counted botany among his hobbies — was appointed as the first U.S. ambassador to the country. 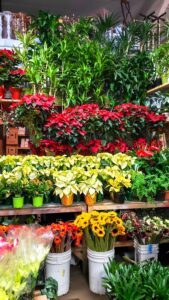 Among the poinsettia’s early propagators were the Ecke family, who patented it after the 1930 Plant Patent Act was passed. The family made the plant smaller, before mass-marketing it as a “California Christmas flower.”

What to watch: The patents affect most varieties of the plant, but Mexican botanists and farmers are working to register other varieties that won’t be subject to the fees.

Between the lines: For years, Mexicans used the word poinsettismo, referring to Poinsett, to describe actions perceived as American meddling ahead of the Mexican-American War.

Subscribe to Axios Latino to get vital news about Latinos and Latin America, delivered to your inbox on Tuesdays and Thursdays.