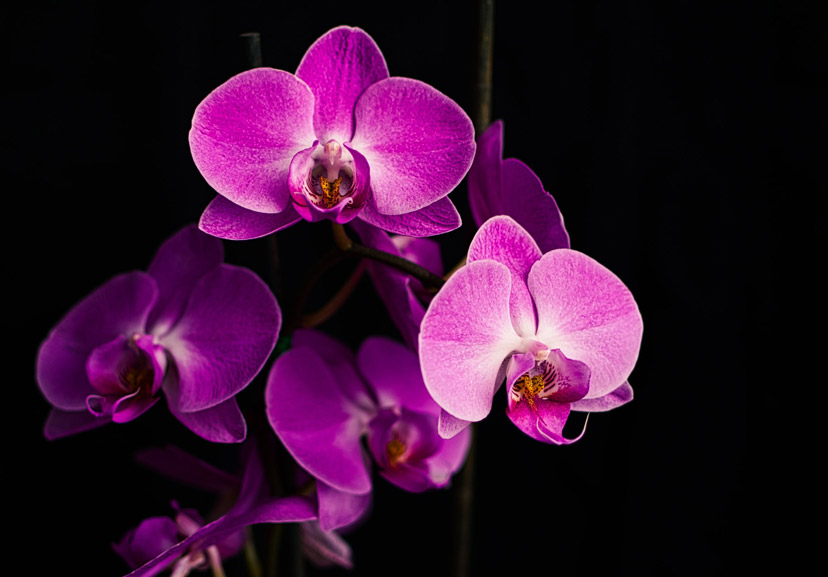 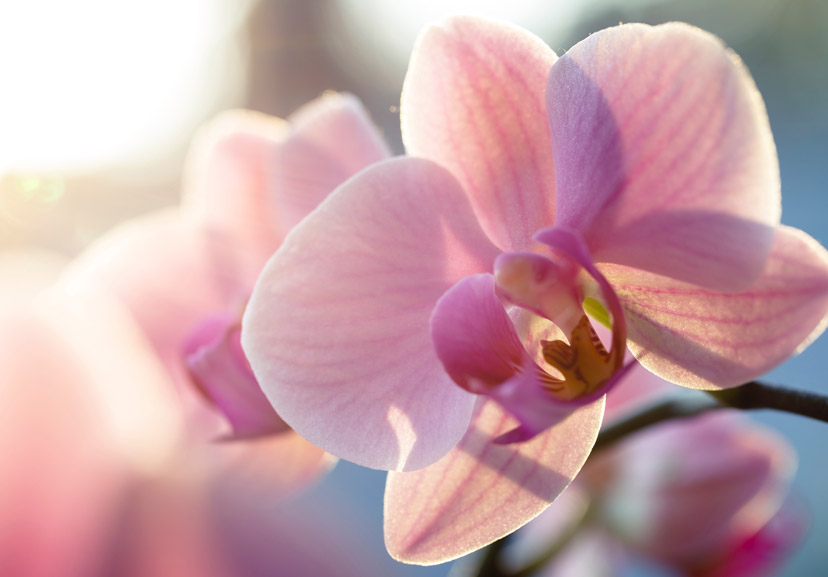 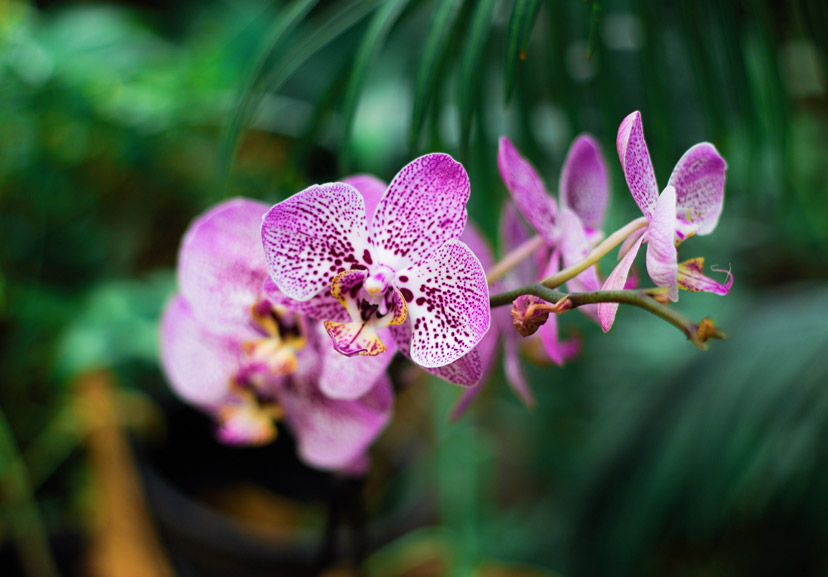 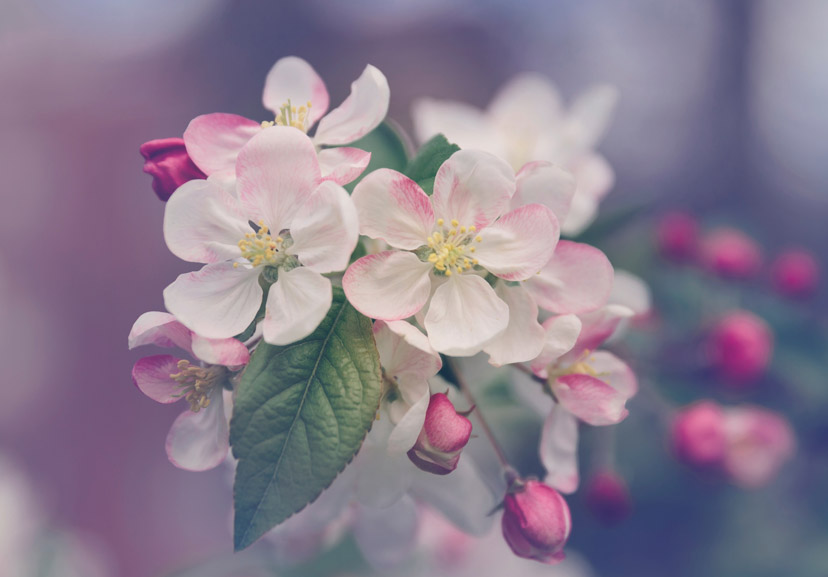 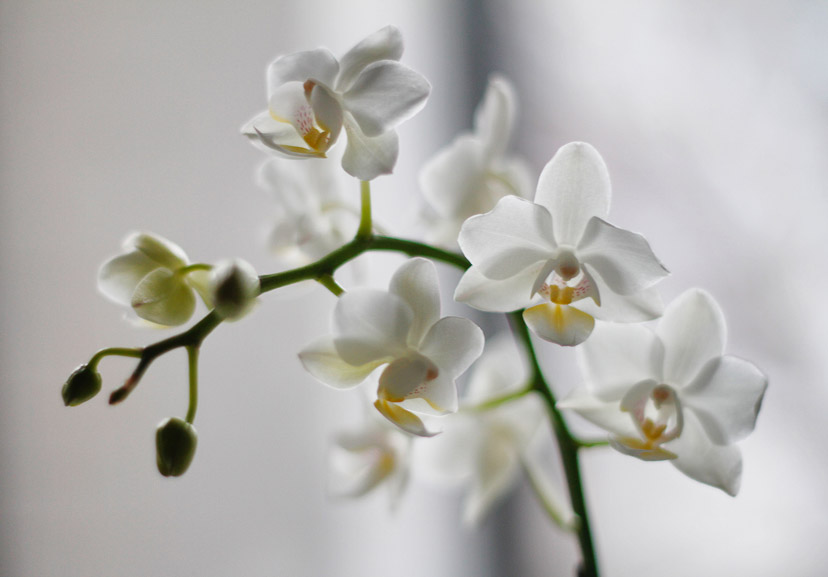 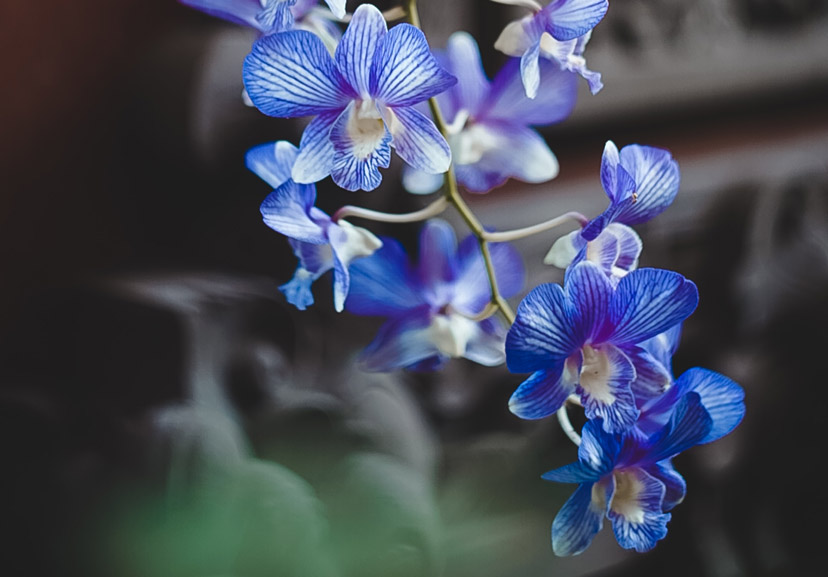 About Orchids at California Flower Mall

Learn about orchid care, and the many variety of orchids to consider when you shop at the California Flower mall.

Many potted orchids will thrive in bright shade outdoors during warmer months until it’s time to bring them back indoors in the cooler seasons. There are two dozen or so genera of orchids commonly used as houseplants, and many dozens of species and hundreds of cultivars within those groups.

Orchids have somewhat unique light needs. Although most are categorized as “part shade” plants in their natural environment, orchids grown indoors as house plants typically need quite a lot of light—either in the form of supplemental lighting or by being placed in a location where there is lots of diffused natural light. When potted orchids are moved outdoors—as can easily be done during suitable months—these “part shade” plants often react badly to even a few hours of direct sun. Outdoors, potted orchids should ideally be placed in a location that is shady but still relatively bright.

Commonly known as moth orchids, the Phalaenopsis are ideal orchids for beginners,and bloom on and off throughout the year. These orchids prefer diffused lighting conditions but are otherwise very easy to grow.

Brassavola orchids have white or greenish flowers with narrow petals, and are exceptionally fragrant, especially in the evening when the perfume is released. The white color is indicative of many flowers that depend on moths for pollination. They prefer bright indoor lighting or bright outdoor shade.

Catasetum orchids are known for their unusual waxy flowers. If your Catasetum orchid leaves begin to yellow and drop off, do not despair; this deciduous orchid loses its leaves naturally during winter dormancy. There is much variation in appearance between Catasetum species, but one feature they all have in common is the trait of producing male or female flowers, which bear little resemblance to each other. The male flowers have an anatomical trigger that forcefully ejects pollen onto visiting bees.Bright diffused indoor lighting or part-shade outdoor lighting is recommended.

Cattleya orchids have been widely hybridized, leading to a large variety of colors and forms. Many Cattleya orchids have appealing freckles, streaks, or other bicolor features. Some varieties are quite fragrant, and they are the most popular corsage orchid.They thrive in bright indoor lighting, or a bright but shady outdoor location.

This relative of the Cattleya orchid is also known as the swan orchid, as the elegant inflorescence of male flowers resembles a swan’s neck. As many as 30 spicily scented flowers may grow on one long-lived stem. There are nearly 40 accepted species within the genus. These plants must be allowed a dry period after flowering is completed. They thrive in bright indoor lighting, or a bright but shady outdoor location.

Cymbidium orchids, commonly known as boat orchids, may have small flowers compared to some orchid varieties, but their multiple flower spikes ensure a satisfying display. Good choices for beginners include the lime green ‘Chica’, the yellow and red ‘Showoff’, or the bright pink ‘Frae’, which were all recipients of the American Orchid Society’s Highly Commended Certificate. Bright diffused indoor lighting or bright shade outdoors is preferred.

The top-heavy blooms of Dendrobium orchids often require staking. With more than 1,000 species included in this large orchid genus, the Dendrobium orchids defy easy categorization. The most common varieties you will find in the trade feature white, yellow, or lavender blooms.Bright diffused indoor lighting or a part shade outdoor location is ideal.

Encyclia orchids, also called cockleshell orchids, thrive when planted on an orchid mount to simulate the epiphytic growing conditions of the wild. Some horticulturists say this orchid looks like an octopus because of its dangling petals and sepals. Although not fragrant, it can bloom for several consecutive months in bright diffused indoor lighting.

It is easy to see how the pansy orchid got its nickname. The blossoms sport the same face-like features that give our favorite cold-weather annual so much personality. However, unlike pansies, the Miltonia orchids continue blooming from late spring into summer. There are 12 twelve epiphytic species within this genus, as well as several naturally occurring hybrids. Bright diffused indoor lighting or a part shade outdoor location is ideal.

If your orchid resembles a dancing lady, chances are you are tending an Oncidium orchid. This low-care orchid includes the popular ‘Sharry Baby’, which emits a sweet cocoa fragrance. These orchids need consistent moisture and humidity. Failure to meet this requirement results in leaf deformities. There are more than 300 species in this genus, most of which are epiphytic, growing on the surface of other plants and absorbing moisture and nutrients from the air. Bright diffused indoor lighting or a part shade outdoor location is ideal.

Commonly known as the lady’s slipper orchid, this is an easy houseplant for the beginning orchid enthusiast. Flowers range from cheerful yellow, pink, or white shades to moody burgundies, browns, and near-black shades. Freckles, stripes, and bristly hairs are common features on these unusual flowers. As a bonus, some plants have speckled foliage as well. Bright diffused indoor lighting or a part shade outdoor location is ideal.

This winter bloomer also goes by the common name nun’s cap orchid. The one most commonly grown is Phaius tancarvilleae (the nun’s orchid).The 4-foot-tall beauty has large strappy leaves, and the many flower spikes. It produces purple, white, or yellow flowers.

The Vanda genus includes about 80 recognized species known for their showy, fragrant, long-lasting flowers. You will often see them growing in special orchid baskets; otherwise, you must use a very chunky growing medium for these plants. These orchids are picky about their environment and demand high light and humidity.

Login to California Flower Mall
Reset Password
Enter the username or e-mail you used in your profile. A password reset link will be sent to you by email.